The complementary methods of acupuncture - More than just needles

In addition to the well-known needles, acupuncture includes many other effective techniques that are either a specific style of acupuncture treatment or a complementary method. 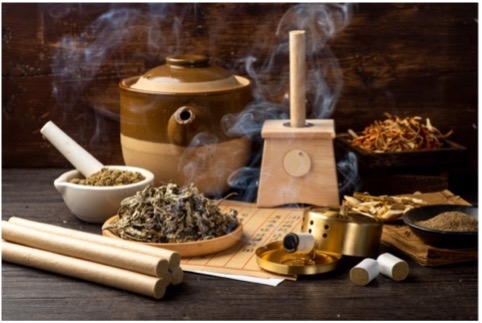 In addition to the well-known needles, acupuncture includes many other effective techniques that are either a specific style of acupuncture treatment or a complementary method. In this article you will learn more about what these methods are and what they can offer you.

The following methods are offered in our center and are used daily to activate your self-healing powers:

Why does acupuncture treatment not only consist of needles?‍

Acupuncture with needles is a very effective and sustainable treatment option that harmonizes and activates our organ systems. There are many techniques that support, strengthen, or replace the effect of the needles. These are chosen depending on the diagnosis and treatment strategy to achieve the best possible results. There are cases where needles must be dispensed with because the patient’s physical, mental, or spiritual condition does not allow it. Alternative techniques are used, especially for sensitive patients or children. Certain medical conditions or pregnancy, for example, are also indicators for the use of alternative techniques. We would like to invite you to tell us your concerns or uncertainties regarding the needles so that we can take them into consideration.

In acupuncture, needles are inserted into specific points along the meridians. In this way, the flow of Qi is stimulated, and the corresponding organ systems are influenced. If you would like to know more about the effects of acupuncture, we recommend that you talk to our therapists or read the article “What is acupuncture?”.

Acupuncture includes moxibustion, usually called "moxa". These techniques are often used in combination. With moxa, a dried herb (e.: Chinese mugwort, lat.: Artemisia vulgaris) is burned on acupuncture points or surrounding regions. This moves, tones or disperses the Qi and blood, among other things.

There are two types of moxa:

-  Direct moxa:   moxa cones are placed directly on the skin and burned. This is not practiced in Europe.

-  Indirect moxa: moxa gels are placed on the needle, on ginger or garlic, on sea salt or other. Moxa cigars or a moxa box.

In moxa, heat is the therapeutically used principle. Heat warms, transforms and moves. Therefore it is mainly used to tone and prevent the immune system, to clear cold and to move blockages. The technique is often used for infertility or lower back weaknesses, for example. In case of too much heat (emotions, inflammations, fever), strong states of weakness, pregnancy or open wounds, special caution is advised for this.

According to TCM, the cupping technique is mainly used for draining, moving, and toning and is mainly used for signs of stagnation, cold or heat such as pain, cold or infectious diseases. Glass, bamboo, ceramic, or plastic "glasses" are used. These glasses create a vacuum when put on, which stimulates the metabolism. This increases the circulation of blood and thus nutrients to the tissue and the removal of metabolic waste products from the tissue.

Space is created for new tissue and healing.

The different cupping techniques consist of fire cupping, bloody cupping, needle cupping, flash cupping, cupping massage and cupping with herbs or water. In case of high fever, pregnancy, menstruation or sensitive areas, this technique is not performed or only in a reduced form. After the treatment, hematomas may form on the cupped areas, which may be visible for a few days. In addition to protection from the cold, increased fluid intake is also recommended for the following days after cupping.

The term means"simply put" scraping out disease. Usually a smooth porcelain or stone scraper is used to scratch repetitively over an area of skin. This strongly moves qi and blood, which promotes blood circulation and activates the metabolism. This technique is mainly used to move blockages and expel pathogenic factors. The method also has a tremendous effect on the mind, so it can address emotional blockages and ambiguity as well as the physical.

In TCM, the skin is also seen as a mirror of the inner self, so this method also has a direct effect on the organs.

After the treatment, petechiae or hematomas form on the skin, similar to cupping, which immediately play a role in diagnosing the cause. Incase of skin diseases, bleeding tendencies, pregnancy, pronounced weakness of the connective tissue or open wounds, we do not apply Guasha or only to a reduced extent. After the treatment, in addition to hematomas, there may be an initial worsening of symptoms, emotional mood swings and also fatigue. It is important to observe these after-effects and to allow time for recovery and rest. Furthermore, the treated areas should be protected from heat and cold and sufficient fluid intake should be ensured.

The rejuvenating effect of Guasha is also used in cosmetics. It is gaining more and more popularity and is mainly applied to the face and décolleté area. For this purpose, various gemstones are used to promote blood circulation in the face. However, this technique is not recommended on inflamed areas and care should always be taken not to apply too much pressure.

Since Dr. Paul Nogier's findings that all organs of the body are represented in the ear microsystem, ear acupuncture has been continuously developed and researched in greater depth. Ear acupuncture can therapeutically influence the organ systems of the entire body. Needles, acupressure, ear seeds or permanent needles are used. Our therapists will be happy to show you points that may be relevant for you. This effective technique is particularly suitable if certain areas of the body are not accessible to other techniques, as a supplement to body acupuncture or as a permanent therapy with permanent needles.

Toshikatsu Yamamoto, MD (Ph.D.) is the founder of the Yamamoto New ScalpAcupuncture (YNSA) method. He has tirelessly expanded and perfected this method since the 1960s through decades of clinical observation and study. New ScalpAcupuncture treats musculoskeletal pain, paralysis, and organ system disorders quickly and efficiently. Skull acupuncture, like ear acupuncture, is a microsystem and all organ systems of the body can be influenced via the skull.

The hammer consists of a head with 5 to 18sterile needles. It is used to tap and treat meridians or acupuncture point areas to stimulate them. This promotes blood circulation, defense, detoxification and moves the Qi. This technique is usually not painful and causes slight redness on the skin, which disappears after a short time and shows the effect of the treatment.

This technique is a modern extension of the manipulation of acupuncture needles. Alternating electric current is passed through the needles after insertion, resulting in greater stimulation of the acupuncture points. During the treatment, a slight twitching and vibration of the areas is felt, which leads to relaxation and movement of Qi. This technique is especially used for neurological diseases, chronic pain, spasms, and paralysis.

When bleeding, acupuncture point areas are pricked with a sterile needle or small blood lancet to squeeze out a few drops of blood. Bleeding cupping can also be done, using a cupping glass on top after puncturing the skin. This technique is mainly used for blood heat signs such as swelling, chronic pain and stagnation.This technique is not recommended for weak patients, hypotension, severe bleeding tendency and during pregnancy